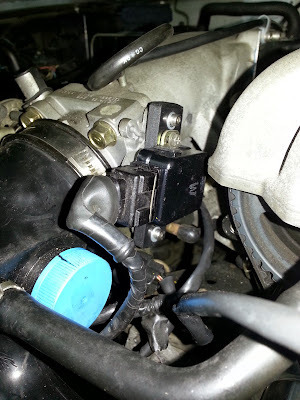 Recently there has been some interest in fitting a variable TPS to the 1.6L Mx5.  Like me a lot of people aren't too keen on cutting the TPS shaft and taping the extra holes on the throttle body.  For those people I give you a link to the Google Sketchup files I used all those years ago when I made mine. 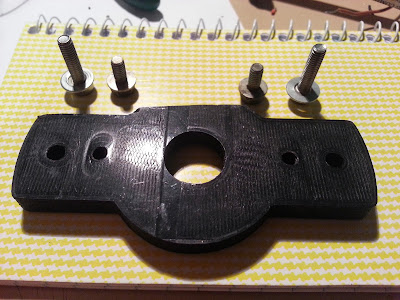 Recently I've been having some trouble with my newest car.  When cold it would have trouble idling and warming up.  While driving there would be hiccups every now and then, jerking the car around.  The worst though was cutting out at lights and not starting straight away.

While these problems are bad, it wasn't a major problem because the engine light would come on during these times which means the car knows what's up!  Easy I thought, I'll just do a quick google search to figure out how to read the cars diagnostic codes and then I'll know exactly what to replace.  Poor foolish me.

The car in question is a  Australian delivered 1998 Toyota Camry Wagon, the base model, 5-speed manual and the 4 cylinder 5SFE engine.  Had I lived in America the car would have had an OBDII port which with the proper bluetooth tool off ebay would have told me everything about the car.  Mine doesn't have one because Toyota Australia decided to neuter our cars in the hope people would go to the dealer if there was a problem.  Some quick googling pointed towards a diagnostic connector under the hood telling me to connect pins TE1 or TE2 to E1 and then the car would reveal it's secrets.  There was a problem though.

When I looked in the diagnostic connector there were no terminals in the spots marked TE1 and TE2.  Grrr...!  Thankfully though paying attention to a random page on the internet and running an experiment has showed me how to read codes on the Australia models.


How to read the Diagnostic Codes

When googling I couldn't get a clear answer on how to do this and the first few things that were suggested didn't work, but I did find the way.  Once you believe you have fixed the problem, you should clear the codes by:
Posted by Unknown at 10:17:00 PM 2 comments: 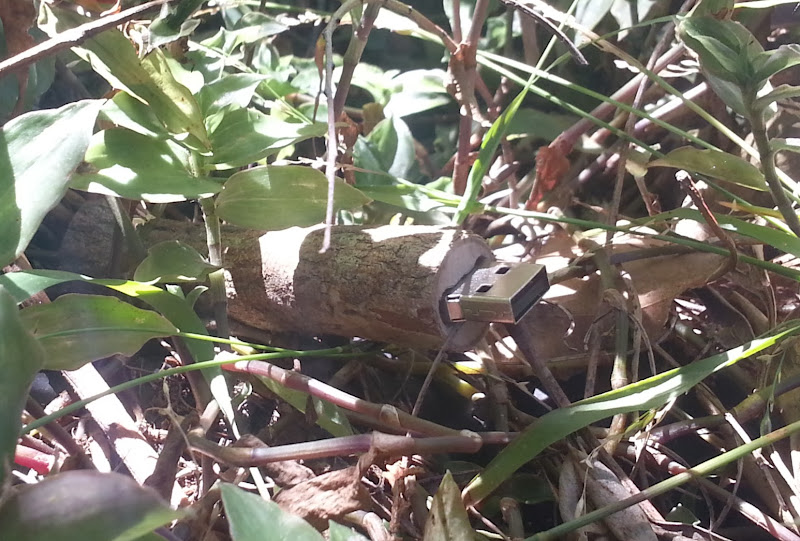 Just a quick hack/mod this weekend.  I got a promotional USB Drive during the week and wanted to do something interesting with it.  I was looking for something to hide it in something interesting like a toy car or some Lego, but I'd seen that done many times.  Then I thought, hang on, people call these USB sticks, why don't I create a Literal USB Stick!  This has been done before (link) but I already had the drive and I have plenty of sticks in my backyard, plus buying things is no as much fun!  Here's how I did it. 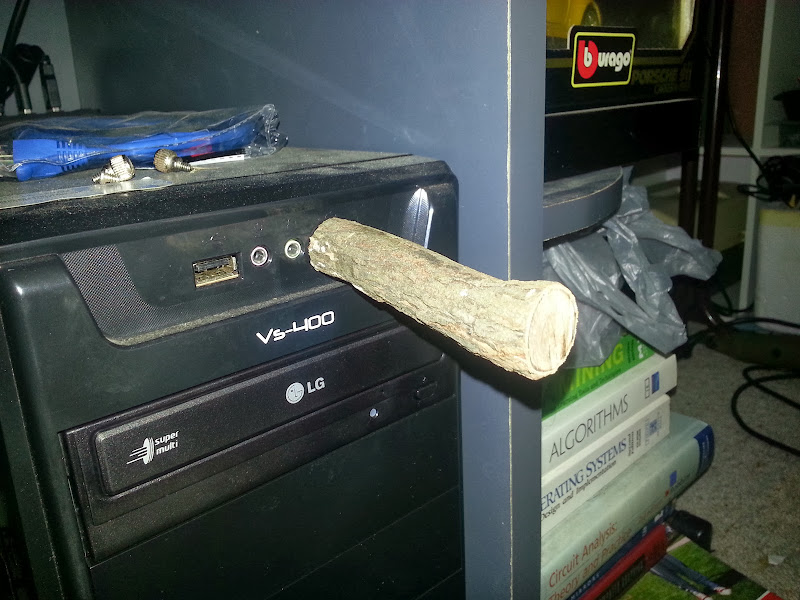 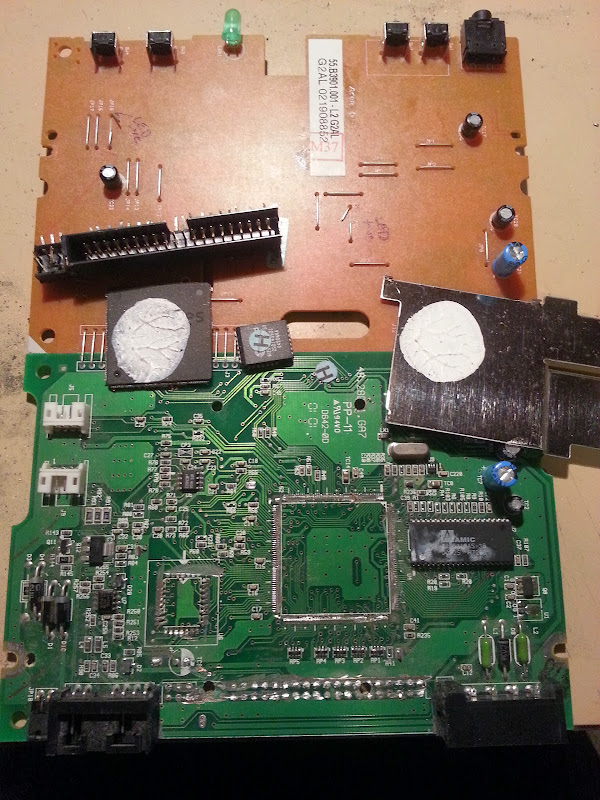 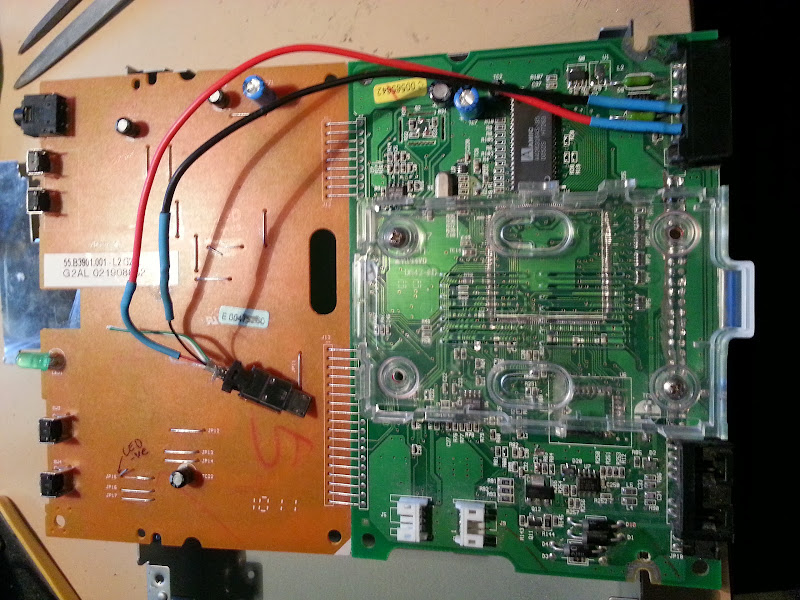 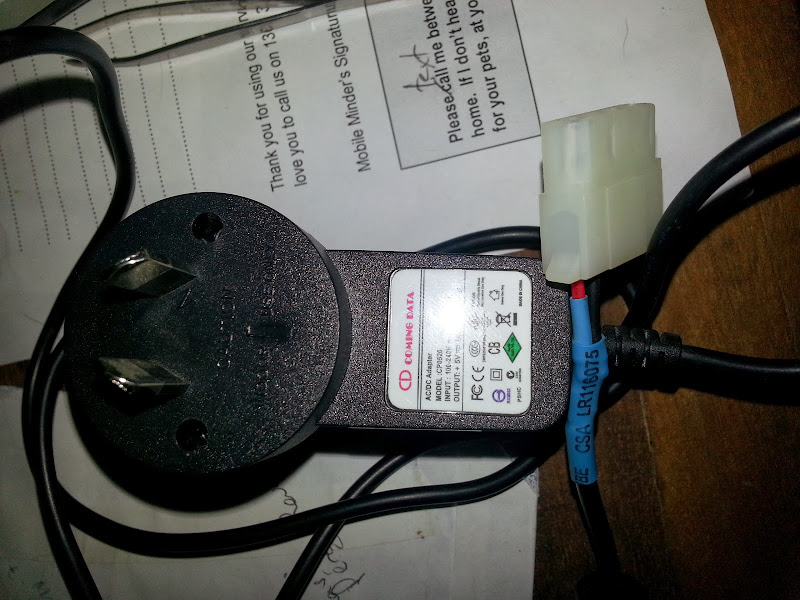 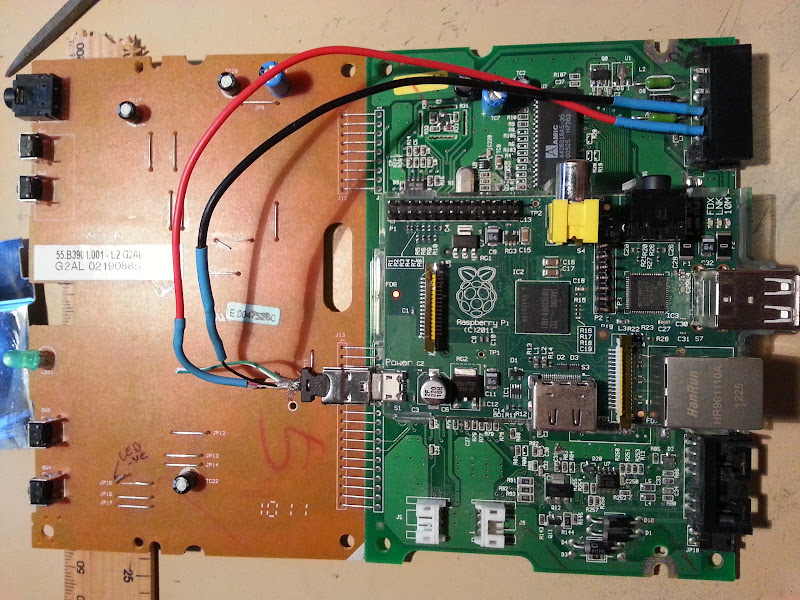 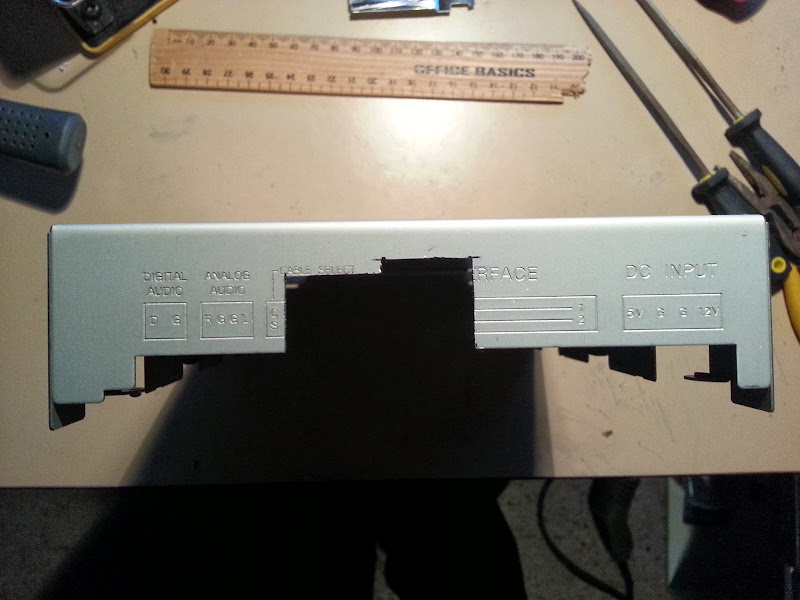 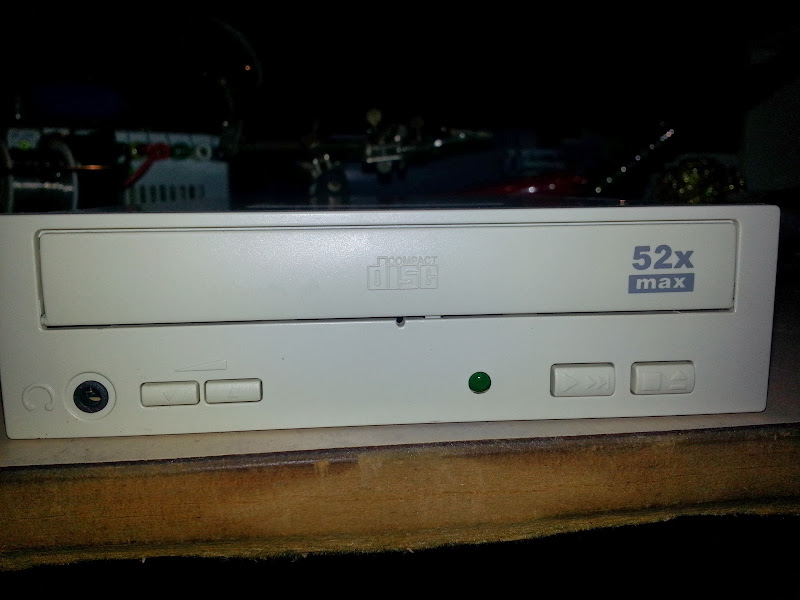 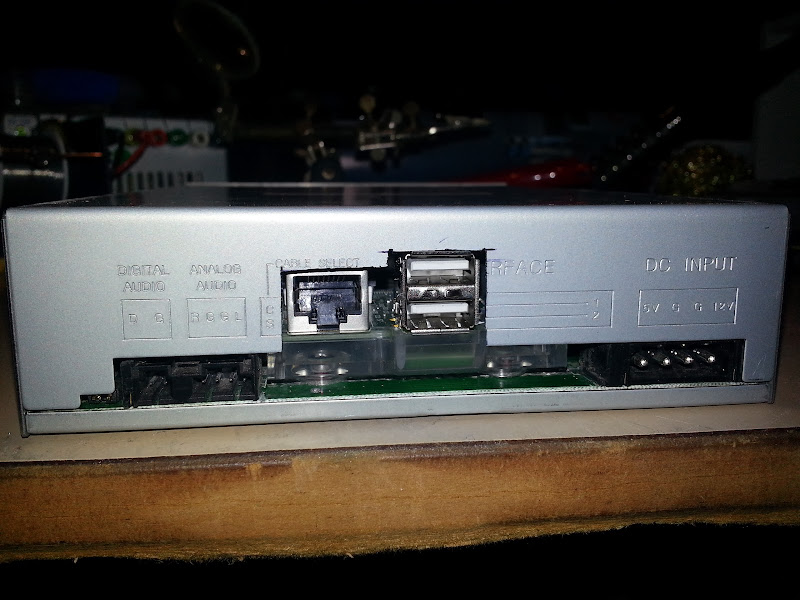 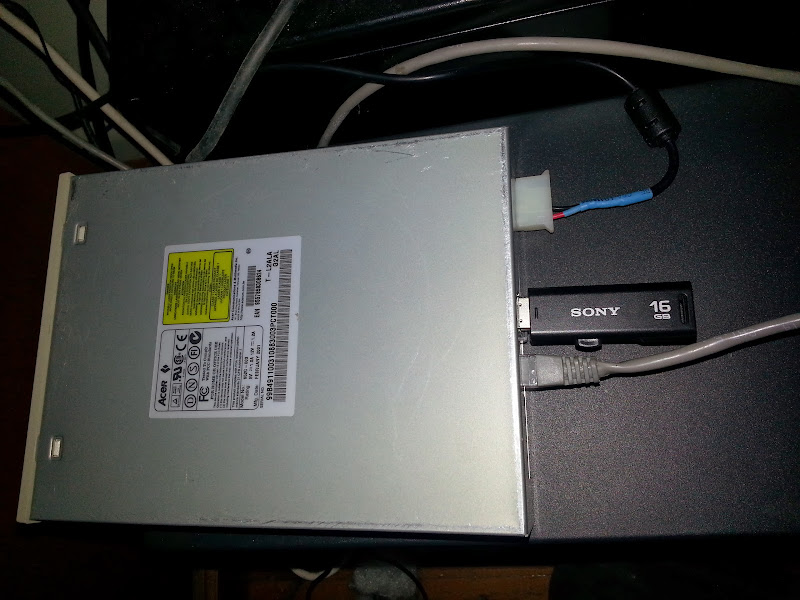 I shall tell this story via a photo gallery, but first an explanation as to why.  I have installed a Megasquirt into my 89' 1.6L Mx5 and by default it ignores the TPS because it is crap.  You see the stock TPS is a switched type which tells you 3 states: No throttle, some throttle, Wide Open throttle.  This doesn't help the ecu much and definitely doesn't help if data logged.  So I needed a new one.  A few forum posts said that an RB30 TPS had an extra connector that would work for what I wanted so I ordered one off ebay.  When it arrived it is quite a bit smaller than the stock one, but the mounting holes do line up with some other holes on the throttle body.  The problem though is the throttle shaft is too long, so I need a spacer.  A few hours in Sketchup and a call to a mate later and I had an adapter printed.

Now to problem two.  The variable signal comes out of a separate connector on the TPS and it is different to the plug on the stock loom.  I could just buy two new connectors, chop up the loom and connect it that way, but that would mean definitely no going back to the stock ecu unless I modified the stock TPS as well.  But then I noticed something.  The hard connector on the RB30 TPS was the same as the stock TPS. I just had to internally re-wire it so the variable signal comes out of that connector.  And that is where the photo gallery begins!

Continuing from Part 1, here is a step by step explaining how to setup Jenkins with MSBuild and Mercurial complete with links!

Copy the Jenkins WAR into the 'webapps folder of your Tomcat install.  It should be somewhere like this: 'C:\Program Files\Apache Software Foundation\Tomcat 8.0\webapps'.  Make sure the Tomcat server is running and then navigate to http://localhost:8080/jenkins/.

Step 2 - Install Plugins
You'll now want to click on 'Manage Jenkins' on the left hand menu, then 'Manage Plugins' from the middle.
On the 'Available' tab you'll want to click the following:
Then down the bottom of the page click 'Install without Restart'.

Step 3 - Configuring Plugins
Go back to 'Manage Jenkins' and click on 'Configure System' in the middle.  The setup for the Mercurial and MSBuild plugins is pretty much the same, just providing a name and path information.  For Mercurial you need to specify the directory that houses 'hg.exe' in the 'Installation directory' parameter.  For MSBuild you need to specify the full path to 'msbuild.exe' in the 'Path to MSBuild' parameter.

Step 4 - Creating and populating a Mercurial Repository
Create a folder somewhere on your file system.  Right click on the folder, go to 'TortoiseHg' then select 'Create Repository here'.  Click Ok in the next dialog (the defaults are fine), and congratulations you have a repository!  Now create a Visual Studio Solution in this directory with some code in it to compile and some NUnit tests to run.  Now we need to first Add the important files into the Repository and then Commit them.  First of all, right click on the folder you first created, goto 'TortoiseHg' and select 'Add Files...'.  In the next dialog box select everything except bin and obj, you don't need the generated binaries in source control.  Now right click on the original folder again, goto 'TortoiseHg' and select 'Commit'.  Put a message in the next dialog and click 'Commit' in the bottom right hand corner.

Step 5 - Creating your first Build (or Job)
From the Jenkins dashboard click 'New Job'.  Give it a 'Name', select 'Build a free-style software project', and then click 'OK'.  Then setup similar to the pictures below. 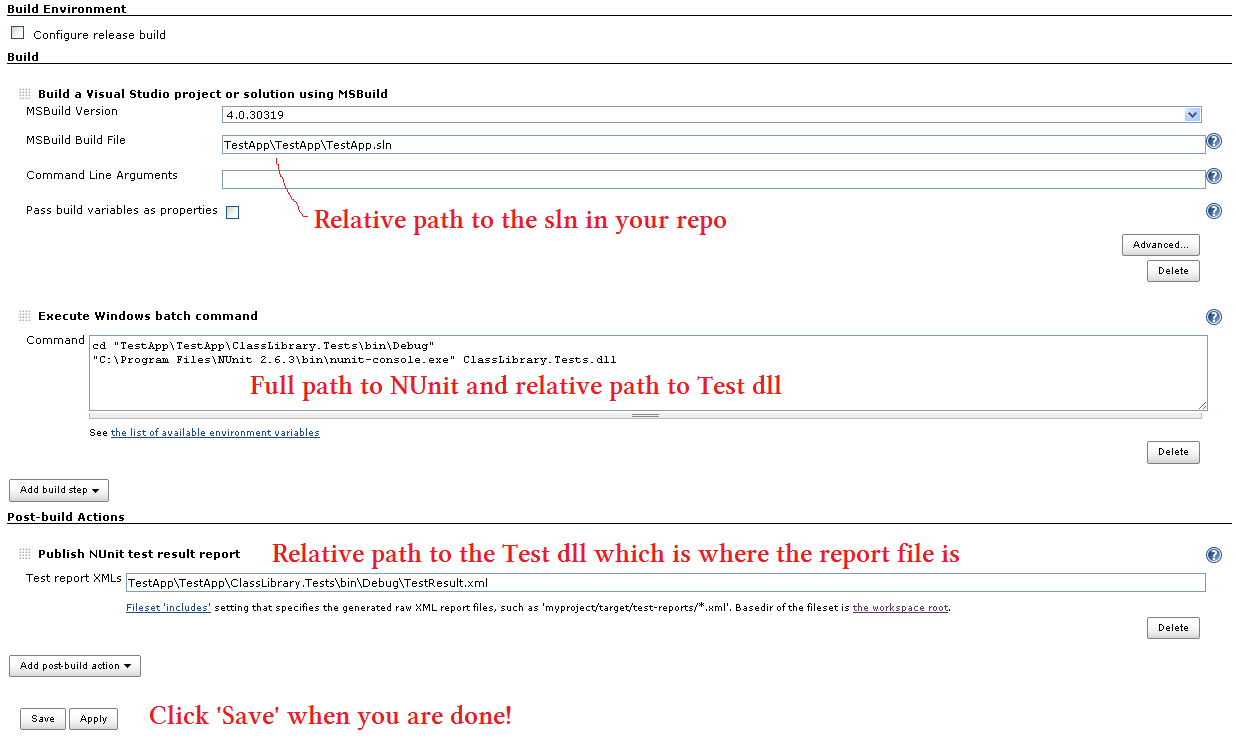 Now click 'Build Now' to test and hopefully it will go Green!

Troubleshooting
If your build breaks the main source of information will be the 'Console Output' from the build, and contrasting the paths in your configuration with those in the 'Workspace'.  The Workspace is the place that Jenkins downloads the repository files to and such all paths in the configuration are relative to that.

Last week I gave a presentation at the Coders Group on how to do basic Continuous Integration using Jenkins, MSBuild and Mercurial. The slides are embedded below along with a link.

Stay tuned for Part 2 which gives a step by step on how to setup the environment and get a build happening on your machine.
Posted by Unknown at 7:02:00 PM No comments: